Michael Douglas And Friends Celebrity Golf Tournament To Be Televised

The telecast takes viewers inside the charity weekend and includes coverage of the 9-hole competition, tips from celebrity coaches, and the JCPenney putting challenge, as well as footage from exciting weekend events including a live auction hosted by award-winning actress Sharon Stone.

“We had a great weekend of golf and a lot of fun for two great causes. I’m grateful to the golfers, coaches, sponsors and everyone who helped make the tournament a success,” said Michael Douglas. “I’m proud that we’ve raised over $10 million dollars since the tournament’s inception.” 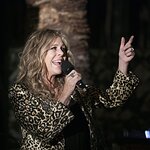