Shay Mitchell And Serinda Swan To Host #18for18 Event 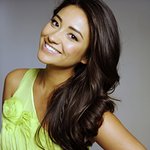 The party will celebrate the efforts of many celebrities from Susan Sarandon, Serinda Swan, Shay Mitchell, and Eva Amurri Martino to Serinda Swan, Renee Olstead, and Mehcad Brooks in their fight to end sex trafficking and raise awareness of the victims it leaves behind. Over the last month, these celebrities and others have campaigned to raise $50,000 for the Somaly Mam Foundation.

The day before (August 18th) some of these celebrities will have skydived 18,000 ft. to raise awareness and take a stand against sex trafficking. During the party, a video will be shown from the jump the day before along with interviews. The evening will have free champagne, music by DJ Taryn Manning and a few will speak about their experience working with the Somaly Mam Foundation and their personal fight against this international war.

This is a private, invite-only event for their friends, influencers and select press. Find out more here.