LA's Promise To Bring A Night Of Magic To Los Angeles 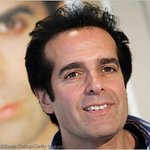 LA's Promise, a nonprofit organization dedicated to improving education, health, and social outcomes for thousands of youth in South Los Angeles, will honor Lionsgate Motion Picture Group President of Production Erik Feig, The California Endowment, and Univision at its 2012 Gala on Tuesday, October 9th at 6:30 pm at the Event Deck at LA Live.

Emmy Award-winning illusionist David Copperfield will produce the evening, entitled “A Night of Magic.” The event, which traditionally features many special surprises, honors individuals, corporations and organizations that represent the spirit of education reform. The California Endowment President and CEO Dr. Robert Ross will accept his organization’s award, while Univision Communications will be represented by Ivelisse Estrada, Senior Vice President, Corporate and Community Relations.

“This year’s honorees are all providing life-changing opportunities for students, teachers, and parents,” said LA’s Promise President and CEO Veronica Melvin. “Erik Feig began mentoring students in South LA almost 15 years ago and is one of our founding board members. The California Endowment has been an integral partner promoting increased health opportunities for our students and families. And Univision has put a much needed spotlight on K-12 education through their groundbreaking Es el momento campaign.”

“I’ve always loved magic, so this will be an extraordinary evening,” added LA’s Promise board member Frank Marshall, an award-winning film producer and former honoree. “Our honorees are collectively making a difference in kids’ lives and we’re excited to celebrate them. We’re grateful for all who support our mission to ensure that the youth of South Los Angeles receive a fair shot at a healthy life and a great education.”

Honoree Erik Feig oversees all aspects of development and production of films from both the Lionsgate and Summit labels. Films originated, supervised, or produced by him have earned nearly $4 billion at the global box office and have won multiple awards, including an Academy Award for Best Picture. Upcoming and past titles he’s been involved with include the entire “Twilight saga” the next installments of “The Hunger Games” series, including “Catching Fire” and “Mockingjay Parts 1 and 2,” “Ender’s Game,” “Hurt Locker,” “Red,” “Knowing,” the “Step Up” series, “50/50,” “Mr. & Mrs. Smith,” “Source Code,” “Letters to Juliet,” and the “I Know What You Did Last Summer” series.

The California Endowment developed and implemented a 10-year Building Healthy Communities strategy. It supports and shares learning from a comprehensive community plan addressing the health of fourteen selected communities in California, of which South Los Angeles is one. The Building Healthy Communities strategy includes a broad policy and systems change agenda that is intended to benefit all of California. The Endowment’s “Health Happens Here…in schools” campaign also works to improve health in schools because when kids come to school healthy, they perform better and academic achievement increases.

In February 2010, Univision launched a comprehensive, multi-year national education initiative called Es el momento (The Moment is Now) in partnership with the Bill and Melinda Gates Foundation, the U.S. Department of Education, and educators and civic and community leaders from around the country. Reaching more than 16 million people through radio and television programming, social media outreach, community events, phone banks and other services, the award-winning Es el momento initiative is aimed at improving academic achievement among K-12 Hispanic students with a specific focus on high school graduation and college readiness. Celebrating a 50 year legacy of service to Hispanic America, Univision’s mission is to inform, entertain and empower the community.

“A Night of Magic” will include a one-hour magical reception followed by a full show with dinner, award presentations, and more. For sponsorship opportunities, tickets or additional information regarding LA’s Promise Gala, please visit www.laspromise.org or contact Levy, Pazanti & Associates at (310) 201-5033. Individual tickets are available for $500 with sponsorships ranging from $5,000 to $250,000.