Jessica Ennis And The Queen Voted Most Inspirational Women 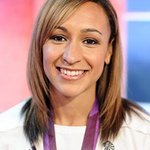 Jessica Ennis and The Queen find themselves in a dead heat for first place in an Oxfam survey of high profile British females that women find inspiring.

More than two fifths of British women (42%) chose Olympic gold medallist Ennis and The Queen as inspirational figures when asked to choose from a list as part of a poll for Oxfam’s Get Together fundraising campaign – the UK’s biggest celebration of International Women’s Day (8th March).

It is the second time in one week that The Queen has topped a list of influential women, having been voted in first place by a panel of judges in the BBC Woman’s Hour Power List. In contrast, Jessica Ennis did not feature in the top 100 Power List, but has instead received a vote of confidence from the British public through the Oxfam survey. The Duchess of Cambridge, Kate Middleton, who was also missing from the Power List, takes a prominent seventh place in the Oxfam survey with 25% women identifying her as inspiring.

The YouGov survey reveals British women are inspired by a broad range of talents in their fellow females, as joint third place is shared by Oscar-winning actress Dame Helen Mirren and bestselling author JK Rowling (both 39%), followed by Absolutely Fabulous star Joanna Lumley (35%).

When asked about the groups of women they find most inspiring, British women tend to look closer to home, with more than a fifth of women (21%) saying female friends and family are their biggest source of inspiration.

Samantha Scott, Get Together fundraising manager for Oxfam said: "Following on from the Woman’s Hour Power List, it is interesting to see that British women are inspired by more than just influence. Although there are some parallels with the individuals that the Woman’s Hour panel voted for, it is hugely positive to see other women such as Jessica Ennis so highly rated, showing how strongly women value personal dedication and achievement. This is further reinforced by women also placing an emphasis on drawing inspiration from real women they know closer to home.

Oxfam’s Get Together is all about celebrating inspiring women from all walks of life around International Women’s Day by doing something you enjoy with friends or family to raise money for Oxfam’s work with women living in poverty worldwide. Whether it’s an Ennis-inspired sports quiz in the local pub or right Royal knees up at home, we hope the UK will be marking the occasion in style."

Last year, thousands of people took part in Get Together events across the UK, with many more expected this year. To find out more about and register to hold an Oxfam Get Together visit www.oxfam.org.uk/gettogether.