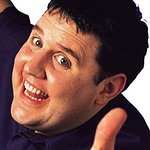 Peter Kay is pushing his mind, body, and soul to the limit, as he embarks on the ‘toughest challenge ever undertaken for Red Nose Day’.

With his trainer at his side, and cheered on by public supporters and celebrities alike, the comedian will have to sit down for practically a whole week as he travels from Belfast to London in what is apparently set to be one of the most ‘gruelling Comic Relief challenges’ to date.

Having undertaken a rigorous training regime to prepare for the challenge, Peter will not only have to endure the physical strain put on his body, but be mentally psyched up to withstand days of sitting down for the Comic Relief sketch.

Peter will be planning to make a triumphant arrival live at BBC Television Centre on Friday 15th March, with highlights of the highs and lows of his extraordinary journey to be shown on Comic Relief – Funny for Money.

To accompany the sketch, Peter has also recorded a music video of the classic James track ‘Sit Down’ with James frontman Tim Booth.

A star-studded line-up of the nation’s favourite comedians will be doing something funny for money as Red Nose Day celebrates its 25th anniversary with a fantastic evening of unmissable TV: Comic Relief – Funny for Money.