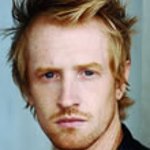 Darren Darnborough was born and raised in England, has appeared on several British television series – including “EastEnders,” “Holby City,” “The Bill,” and “Pie in the Sky” – and also appeared in several films such as “Gracie,” “The Car,” “Lost in Cannes” and “Nobody The Great.”

Darren has supported Hollywood Arts (HA) for many years, most recently through his film, The Darkness Descending, starring Danny Trejo. He held an event at San Diego Comic-Con which raised awareness and funds for the organization, and put together an auction package which raised $1800. The cast and crew of the film have also supported HA through their interactive fan engagement Scriball.com. For more information, visit Darkness Descending’s Facebook page.

He has sat on the Committee of Britweek.org, benefitting amongst other charities Malaria No More, and has also spent time on the board of Face Forward.

Darnborough is also involved with Virgin Unite Rock The Kasbah, and in 2011, ran the LA event for The Global Party.

Darren Darnborough has supported the following charities listed on this site:

Activity
Social reach
Google trends for "Darren Darnborough"
Available to Insiders only
Get Insider Access to these insights & more...

You can contact Darren Darnborough using details from this service. (Or read our advice on how to contact celebrities) 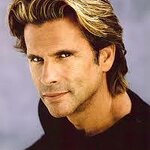 AB Weddings & Special Events will host a EM & Co. Trunk Show and American Music Awards (AMA) Style Suite this weekend to benefit the Happy Hats for Kids in Hospitals, and a number of stars are expected to make an appearance. More →

We don't have any videos related to Darren Darnborough.