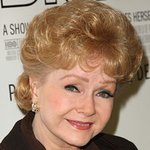 In 1955, Reynolds, along with Jack Haley Jr., Hugh O’Brien and other young stars, founded a charity to fight the stigma of mental illness, calling themselves The Thalians, after the goddess of comedy, Thalia. Over nearly 60 years, The Thalians have raised over $30 million, endowing The Thalians’ Mental Health Center at Cedars-Sinai Medical Center. With that center’s priorities shifting to other illnesses, The Thalians has shifted its support to UCLA’s Operation Mend, which provides medical and mental health support to returning wounded military personnel. Reynolds was elected The Thalians’ president in 1957, and for many years alternated between that role and chair of the board with Ruta Lee, and currently serves as the organization’s president emeritus. Reynolds has also been a lifelong supporter and fundraiser for the Girl Scouts.

Reynolds other abiding passion has been the collection and preservation of memorabilia from Hollywood’s first half-century of filmmaking. Beginning with the landmark 1970 Metro-Goldwyn-Mayer auction, she amassed thousands of costumes, props and mementos of Hollywood’s studios and their greatest stars, building the largest individual collection of Hollywood memorabilia, including Marilyn Monroe’s white dress from The Seven Year Itch, Judy Garland’s ruby slippers from The Wizard of Oz, Elizabeth Taylor’s headdress and Richard Burton’s costume from Cleopatra, and Audrey Hepburn’s Ascot gown from My Fair Lady. While the collection was showcased at Reynolds’ Las Vegas hotel in the 1990’s, sadly, after numerous attempts over 50 years to establish a Hollywood Motion Picture and Television Museum to give the collection a permanent home, Reynolds sold the memorabilia to private collectors at a series of auctions in between 2011 and 2014.

In 1979, anticipating a retirement from performing that has yet to materialize, Reynolds established the Debbie Reynolds Studio in North Hollywood to provide a comfortable space for dancers to rehearse and attend professional classes, with then-unheard-of amenities such as free parking, a coffee lounge, dressing rooms, showers and spacious rehearsal rooms with pianos. Among the artists who have graced its facilities are Lucille Ball, Michael Jackson, Madonna, Bette Midler, Cher, Usher, Mariah Carey and Johnny Depp.

Debbie Reynolds has supported the following charities listed on this site:

Activity
Social reach
Google trends for "Debbie Reynolds"
Available to Insiders only
Get Insider Access to these insights & more...

You can contact Debbie Reynolds using details from this service. (Or read our advice on how to contact celebrities)

The Hasty Pudding Theatricals, the oldest theatrical organization in the United States, announces Golden Globe nominated actress, Mila Kunis, as the recipient of its 2018 Woman of the Year Award. More →

The Hasty Pudding Theatricals, the oldest theatrical organization in the United States, announces Oscar winning actress, Octavia Spencer as the recipient of its 2017 Woman of the Year Award. More →

We don't have any videos related to Debbie Reynolds.