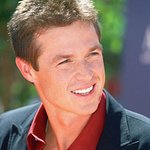 After starring for almost a decade on CBS’ “Without a Trace” and “Now and Again,” Eric Close once again teamed up with the network as the lead of their series “Chaos.” Recently, he appeared in four episodes of the critically acclaimed television series “Suits,” opposite Gabriel Macht and Patrick Adams.

Prior to his longtime series work, Close starred in the series “The Magnificent Seven,” “Dark Skies” and “McKenna,” while taking on such long-form features as “Seven Deadly Sins,” “Hercules,” “Follow the Stars Home,” “The Stranger Beside Me,” “Long Island Fever,” “Without Consent” and “Unanswered Prayers,” which was produced by Garth Brooks and based on his hit song of the same title. Close was also in the Golden Globe-nominated miniseries “Taken,” executive-produced by Steven Spielberg, and his feature credits include “Saving Angelo,” “Alvarez & Cruz,” “Liberty Maine,” “The Sky is Falling,” “Taking Liberty” and “American Me.”

Close graduated with a bachelor’s degree in communications from the University of Southern California in 1989. He married his wife, Keri, in 1995 and has two daughters. He and his family love philanthropy and traveling the world. Close is a sportsman, preferring outdoor sports such as rock climbing, snow skiing, tennis, golf, sailing, surfing, scuba diving and fly fishing. He also enjoys reading historical fiction.

Eric Close has supported the following charities listed on this site:

Google trends for "Eric Close"
Available to Insiders only
Get Insider Access to these insights & more...

You can contact Eric Close using details from this service. (Or read our advice on how to contact celebrities)

We don't have any videos related to Eric Close.