Stand Up To Cancer: Sherry Lansing Tells Us How And Why 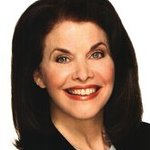 Sherry Lansing was the chair of the Motion Picture Group of Paramount Pictures from 1992 to 2005, where she oversaw the release of more than 200 films including Academy Award winners Forrest Gump (1994), Braveheart (1995), and the highest grossing movie of all time, Titanic (1997).

A pioneering studio executive, Lansing is the first woman in the film industry to oversee all aspects of a studio’s motion picture production. She is currently involved with Stand Up To Cancer, a non-profit organization/website/TV special that hopes to enable cutting-edge research aimed at finding a cure to all types of cancer. Stars from film, television, sports, journalism and music will come together for the September 5th primetime television event to raise funds for cancer research, and it will feature live performances as well as filmed content giving viewers insight into cancer.

Look To The Stars recently caught up with Sherry Lansing to find out more about Stand Up To Cancer and its goals.

Tell us how Stand Up To Cancer started.

SU2C got started when a group of us wanted to do something big for cancer research, so we dreamed… and, as in Hollywood, we dreamed BIG. We dreamed of the networks giving us a simultaneous commercial free telecast in an attempt to educate people about prevention, create awareness, and raise funds for cancer research.

All of us were involved in working in various ways to help scientists stop cancer, focusing on different areas of the disease, but we put our competitive interests aside to create Stand Up To Cancer, just like how the Big 3 networks [NBC, ABC, and CBS] will come together under the same tent to air our September 5th show.

We are patient advocates, we have all been touched personally by cancer, and we want it to end. I lost my mother to cancer, but since then I see it’s become an epidemic, everyday I pick up the telephone and hear of someone else who has been struck by this disease. I just want to help. I hate cancer. I just don’t want it to exist.

What sets SU2C apart from other cancer research fundraisers?

We are raising money for dream teams of researchers and scientists. Regretfully, cancer foundations, scientists, and researchers have all competed with each other for funding due to lack of money and didn’t share research because of intellectual property, which in essence held back breakthroughs. Instead, we are bringing together scientists from all the around the world to form dream teams that will be funded and who will work together in a collaborative way. We’re identifying the most promising opportunities for success and leveraging our resources and knowledge to drive breakthroughs and find cures.

Our show is just the beginning. This is a movement, much like what Al Gore did with An Inconvenient Truth, we hope to be the tipping point for cancer, and we hope cancer will be on the front page much like the economy and the War in Iraq.

Luckily it hasn’t been hard getting celebrity involvement. Everyone has been touched by cancer in some way and they want to stand up, just like everyone else.

What else are celebrities doing to help this cause?

They are helping in many ways by creating PSAs, donating their time, providing website content, participating in our show – answering phones, performing on air, honoring people with cancer.

The MLB was our first major donor, they gave 10 million dollars and we just launched with them a PSA that Jessica Biel did for us about how to txt to donate, which will be shown throughout the baseball season at stadiums.

I’m very grateful that it hasn’t been hard getting talent, the only thing limiting is that we only have an hour show.

Can you tell us who any of the show’s performers or phone operators will be?

We are still finalizing this, but the names will be big. We already have advocates like Lance Armstrong and Katie Couric… and that’s just the beginning.

How can people get involved with SU2C?

Everyone can be involved, from a company to a third grade kid. People can stand up now by joining teams to fundraise online, email congress to request funding for cancer research, or for just a $1 donation launch a star in memory or dedication to someone with cancer in The Constellation on our site.

In your estimation, how will SU2C contribute to the overall progress of cancer research?

In many ways I think we can make an incredible change. This is the beginning of a movement, and when people start to create a movement – civil rights, women’s rights, the green movement – it’s going to be impactful. This show is unprecedented – except for 9/11, the networks have not banded together like this over a cause, never for a disease. If this constituency is mad as hell and not going to take it anymore that one out of two men and one out of three women will get cancer in their lifetimes – and as a result people become aware of ways to prevent cancer – then that alone will change things tremendously by just getting people to talk about it and wanting the government to fund research.

We’ve never been so close to a cure thanks to technology and science, and we want to create a people’s movement to change their lifestyles, to go out and get the tests needed to catch the disease in time and to also raise money to give scientists what they need to continue the cause. All the tumblers are in place… it all starts with the people.

Look To The Stars would like to thank Sherry Lansing for taking the time to talk to us about this fabulous initiative.