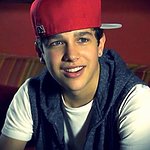 “Z100’s Jingle Ball is synonymous with New York City’s holiday season and an event that our listeners look forward to all year long,” said Sharon Dastur, Z100’s Program Director. “We are excited to celebrate 18 years of bringing the hottest music stars together in one place for the biggest night of the year.”

“Z100’s Jingle Ball is THE iconic must see concert of the season,” said Duran. “I look forward to seeing the amazing stars rock Madison Square Garden and give Z100 listeners a night to remember.”

Popular teen retailer Aeropostale returns as the presenting sponsor for Z100’s Jingle Ball 2013. “Music is a huge part of our customers’ lifestyle,” said Scott Birnbaum, Senior Vice President of Marketing and Ecommerce, Aeropostale. “We are excited to partner with Z100 for the third year in a row, as they continue to bring the biggest artists and most memorable performances to all.”

Z100’s Jingle Ball 2013 will kick-off with the action-packed Z100 & Coca Cola’s All Access Lounge, the official pre-event celebration. The event, which is free to the public, will include performances by Austin Mahone, Fifth Harmony and Travie McCoy followed by meet-and-greets with fan favorites. Z100 & Coca Cola’s All Access Lounge will feature music as well as interactive displays from some of today’s hottest brands and products. The event will take place from 12 p.m. – 6 p.m. EST at Hammerstein Ballroom, 311 W. 34th St., New York, NY and will welcome fans of all ages.

For the fourth year in a row, Z100’s Jingle Ball will host a nationwide search for the next big musical act through Z100’s Hometown Hero presented by State Farm and powered by Eventful. Z100 has teamed up with Eventful and is using their Demand it! service to give fans the power to decide Z100’s Hometown Hero 2013. Music artists and bands alike can sign up and compete on Eventful’s unique “Demand it!” social media platform, which empowers hopefuls to Demand the winning spot. The winner will perform amongst the amazing talent at this year’s Z100 and Coca-Cola All Access Lounge at the Hammerstein Ballroom in Manhattan on December 13, 2013 and have the opportunity to walk the red carpet at the main event, Z100’s Jingle Ball at Madison Square Garden that evening. For more information and to register for Z100’s Hometown Hero contest log on to www.Z100.com keyword: Hometown Hero.

Each year Z100’s Jingle Ball gives back to the community to celebrate the holiday season. This year’s official charity for Z100’s Jingle Ball 2013 is the Ryan Seacrest Foundation – $1.00 of each ticket sold will be donated to the non-profit organization, which is dedicated to inspiring today’s youth through entertainment and education focused initiatives.

Z100’s Jingle Ball 2013 will air exclusively as a two hour special on The CW Network, on Wednesday, December 18, at 8 p.m. EST, giving music fans across the country the opportunity to experience the highly anticipated annual event on television.

For up-to-minute information on Z100’s Jingle Ball 2013 log on to www.Z100.com keyword: Jingle Ball or listen to Elvis Duran on-air or online via the station’s website, as well as on iHeartRadio, Clear Channel’s all-in-one digital radio service. iHeartRadio delivers everything listeners want in one free, fully-integrated service: instant access to more than 1,500 of the nation’s most popular live broadcast and digital-only radio stations from 150 cities, plus user-created custom stations inspired by favorite artists and songs. iHeartRadio also offers listeners a “Perfect For” feature which allows users to choose from thousands of curated stations based on a range of moods and activities. New – iHeartRadio Talk feature (now in beta) offers on-demand listener-created talk content alongside popular news, celebrity and entertainment “audiosodes.” iHeartRadio Talk also features “Daily Pulse,” a customizable Talk channel featuring the most up-to-date news and culture highlights, to which users can add or remove content that is most important to them.

We Day is Coming!