Mark Ronson To Host The Other Ball For Charity 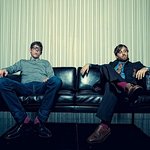 The Other Ball – a brand new annual event to raise funds to protect children from adversity and exploitation in the developing world – aims to transcend the machine, lift the spirit and honor the power of music to create global social change.

The Black Keys will perform, and Jeff Bhasker will act as Musical Director for A$AP Rocky, Mikky Ekko, Lykke Li and Miguel. Mark Ronson will host.

“When Mark approached us about ‘The Other Ball’ and told us the incredible story of Arms Around the Child and Leigh Blake and her team’s work to make positive change in the lives of helpless and exposed children across the world, there was no question regarding our support,” says TOPSHOP TOPMAN. “This event will bring creative hearts and minds together in one of this year’s most exciting events and will no doubt raise awareness and much-needed funds to enable Leigh and her team to continue their invaluable work for these extremely vulnerable young people.”

“I’m deeply honored to be involved in the first annual event for Arms Around the Child, The Other Ball. Leigh is a force of nature and through her tireless work and insane energy has launched two life-changing organizations, Red Hot and Keep A Child Alive, which have between them raised $50 million and helped to save over three million lives," says producer and artist Mark Ronson. “Leigh puts on some of the most memorable events. The Black Ball, the annual fundraising event for Keep a Child Alive, has featured mini concerts with everyone from Adele to Jay Z. The Other Ball is going to be its cool little sibling.”

More black leather than black tie, The Other Ball is not your parents’ dinner party. Transforming the venue into a living room experience, guests will be treated to performances by some of the world’s most sought after artists for an eclectic evening of music destined to bring hope to children in need.

“We are excited to reboot and rewrite the script on the fundraiser by not following the rules! This event will feel like having some of the most amazing artists play in your living room,” says Leigh Blake, President of Arms Around The Child. “With the incredible efforts of Mark Ronson, we have managed to secure an amazing lineup of the best of today’s voices who are graciously helping us rescue kids from the worst of the human condition and give them a chance at life. Thank you TOPSHOP TOPMAN for your support in helping us in our mission.”

The Other Ball is a fundraising event that harnesses the power of the collective to benefit children suffering in the developing world. Millions of children have lost their parents, become infected with HIV or other diseases, fallen prey to those out to harm them and have been trafficked, sold or sexually abused. Arms Around the Child wants to provide safe, loving homes to as many of these children as possible and advocate for a kinder world for children.

The event will take place on December 10, 2013 at the Highline Ballroom in New York City. More info can be found here.

Shelter Animals Are 'Howlin' for You'!