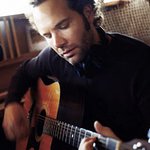 Five For Fighting's John Ondrasik will join James Taylor for a special VIP event to raise money for the Andre Agassi Charitable Foundation.

Andre Agassi's 2008 Grand Slam for Children will take place on October 11 at Wynn Las Vegas and feature a concert by Grammy-award winning singer Sheryl Crow, with other performers to be announced soon. However, the gala will be preceded the previous night – October 10 – by a special show featuring Ondrasik and Taylor for Gold and Diamond sponsors.

The Grand Slam shows will follow the charity’s annual A Night In The Hamptons event on August 16 at Ross School. The evening will be hosted by Agassi and will include dinner, a live auction and a special performance by Matchbox 20’s Rob Thomas. Emcees for the evening will be Chevy Chase and Kelsey Grammer. The event is limited to 35 table sponsorships at $35,000 each, with 10 seats per table. Individual seats are also available at $3,500 each.

The Andre Agassi Foundation – which focuses on changing the lives of at-risk children through programs that provide educational and recreational opportunities and has raised over $70 million to support these programs in the last 14 years – hopes this will be a very intimate event where sponsors can hear directly from Andre Agassi how the Foundation is working to effect change in public education and at the same time, have a fantastic evening for a great cause.

More information about the events can be found at the Andre Agassi Foundation website.