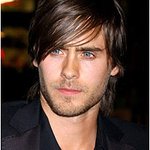 The SAG Awards Ceremony Auction offers movie and television fans the chance to bid on autographed collectibles signed by many of this year’s nominated actors and casts, including an original costume worn by Jared Leto and the cowboy hat worn by Matthew McConaughey in “Dallas Buyers Club,” a script of “Saving Mr. Banks” signed by the cast, a “Prize Winner” hat signed by the cast of “Nebraska,” signed “Breaking Bad” and Netflix swag packages and more.

Also up for bid are set visits to “Extra” “E! News,” “Entertainment Tonight” and “The Insider”; one-of-a-kind experiences including lunch with Oliver Stone and “Access Hollywood’s” Shaun Robinson; and premium items and unique experiences provided by the networks, studios, and SAG Awards sponsors. The auction ends on January 26 at 9 p.m. (ET) / 6 p.m. (PT) at sagawards.org/auction.