A Chance To Meet Forest Whitaker 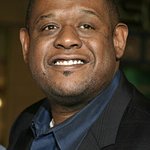 Fans of Forest Whitaker take note: here is your chance to join the award winning actor on the set of his new movie and maybe even sit down to a bite to eat with the man himself and his daughter.

This once-in-a-lifetime opportunity is being auctioned by Farm Sanctuary, an organization that works to end cruelty to farm animals and promotes compassionate living through rescue, education and advocacy. Founded in 1986 to combat the abuses of factory farming and to encourage a new awareness and understanding about farm animals, Farm Sanctuary now runs several sanctuaries in the US to house rescued animals.

Whitaker and his young daughter, True, are known for their ongoing support of Farm Sanctuary, and True Whitaker was Farm Sanctuary’s first Child Chair at the 2007 Gala in Beverly Hills – sharing the spotlight with other supporters such as Ellen DeGeneres and David Duchovny. Forest and True also recorded a PSA for PETA together.

The auction – which runs until September 18 – can be accessed through the Charity Buzz website. Also up for grabs are opportunities to meet and dine with Kristen Bell and Alicia Silverstone, DVDs signed by Jerry Seinfeld, CDs signed by Natalie Merchant and Emmylou Harris, a poster signed by John Travolta, and much more.