Kelsey Grammer To Be Honored At UCLA Visionary Ball 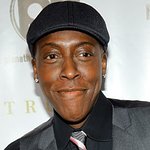 The UCLA Department of Neurosurgery will be holding their annual “The Visionary Ball” on Thursday, October 30th at the Beverly Wilshire Hotel.

A VIP cocktail reception will start at 6:00pm and dinner, awards and entertainment at 7:00pm. Talk show host Arsenio Hall will emcee and Wilson Phillips will headline the entertainment.

The event will be hosted by Dr. Neil Martin, Professor and Chairman of the Department of Neurosurgery at UCLA, with co chairs Edie Baskin Bronson, three-time Emmy Award nominee and former Saturday Night Live photographer, and Richard “Skip” Bronson, CEO of Beverly Hills based The Bronson Companies.

Rodney Dangerfield was a patient at UCLA Medical Center. He left a legacy that will benefit our community for generations to come. UCLA Medical Center now celebrates Rodney’s greatness with this “Rodney Respect” Award – from his comic genius to his devotion to making a difference in the lives of others. This honor is presented to a member of the entertainment industry who Rodney admired and whose accomplishments pay tribute to Rodney’s remarkable legacy. The past recipients of the “Rodney Respect” Award are Jay Leno, Chelsea Handler, Tim Allen, Jim Carrey, Chuck Lorre and Bob Saget.