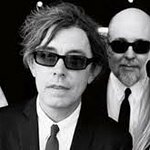 The event will be produced by Steven and Maureen Van Zandt at New York’s iconic Hammerstein Ballroom at The Manhattan Center on October 23.

The organization’s mission is to ensure the continuation and revitalization of music education in economically challenged public schools across the country through teacher trainings, instrument donations, and offering curricula rooted in popular music.

The benefit will honor legendary musician and leader of the hard-rocking Blackhearts, Joan Jett as the “Rocker of the Year.” Performers paying homage to Jett’s music will include Alice Cooper, Green Day's Billie Joe Armstrong, Cheap Trick, Tommy James, Kathleen Hanna with Ad-Rock, Darlene Love, Glen Hansard, Mike Ness, Jesse Malin, Brody Dalle and Jake Clemons, who will be honored as the “Big Man of the Year.”

Each year, the “Big Man of the Year” award honors an artist or philanthropist whose contributions have helped build a world where kids can live rich, purposeful lives. The award’s title pays tribute to the initial honoree, the late Clarence Clemons, who embodied the spirit of giving back to children and to making the world a better place. Television producer and co-author of Big Man, Don Reo, will present the award to Clarence’s nephew, Jake Clemons. Guitar Center CEO, Mike Pratt, will also be honored for his support of the charity.

The annual event, this year presented by Guitar Center, will take place on Thursday, October 23 at 6:30 pm at the Hammerstein Ballroom at The Manhattan Center (311 W. 34th St.), a longstanding supporter of Little Kids Rock and a 2014 event sponsor.

Following in his uncle’s footsteps, Jake has been a supporter of Little Kids Rock since 2009 and sits on the organization’s honorary board. During this time, Clemons has visited participating classrooms, contributed on Glen Hansard’s “Drive All Night” EP, which raised funds for Little Kids Rock, performed at several benefits and raised proceeds for the nonprofit during his 2013 show at the Stone Pony. He also recently released his solo debut EP, Embracing Light.

Another focal point of the evening will be a live and silent auction, in which select items are already live for bidding at www.charitybuzz.com/littlekidsrock including the chance to play live on-stage with Joan Jett and all of the other artists at the event. Other items that will be available for bidding include dinner with Maureen and Steven Van Zandt, limited edition Citizen Watches, and the ultimate Atlantic Records experience, which includes the opportunity to perform a four song showcase in front of the Chairman/CEO of Atlantic Records. All proceeds will enable Little Kids Rock to bring free lessons and instruments to over 135,000 disadvantaged public school students in 28 cities.

Limited tables are available at various sponsorship levels, and limited show-only balcony tickets are now available for purchase at $250 for a single seat. Annually, this event raises enough funds to bring music education and instruments into the lives of tens of thousands of additional public school children who otherwise would not have access due to school budget cuts.