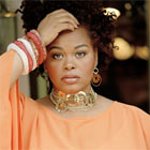 The 2014 UNICEF Snowflake Ball, held on Tuesday, December 2 at Cipriani Wall Street, honored U.S. Fund for UNICEF National Board member Hilary Gumbel and philanthropist Tom Freston for their commitments to saving and improving the lives of children around the world, while celebrating UNICEF’s work to put children first.

Presented by Baccarat, the tenth annual gala raised more than $3.4 million for UNICEF’s programs, contributing to a grand total of $23 million over the last decade. The black-tie Snowflake Ball featured special performances by Jill Scott and Nico & Vinz, and was emceed by Bryant Gumbel.

U.S. Fund for UNICEF National Board Member Hilary Gumbel was presented with the 2014 Audrey Hepburn Humanitarian Award for her continued dedication to the organization. Gumbel has worked alongside the U.S. Fund for UNICEF for more than a decade, serving as a volunteer, board member and an outspoken advocate for UNICEF’s work. She has traveled to Vietnam, Uruguay, Angola, Peru, Haiti and Senegal in support of the organization’s child survival and development programs. Most recently, Gumbel authored the cookbook UNICHEF: Top Chefs Unite in Support of the World’s Children, a collaboration featuring 40 top chefs to raise funds and awareness for UNICEF. Gumbel is donating 100 percent of the royalties that she would have received to the U.S. Fund for UNICEF.

“During one of my first field trips with UNICEF to Angola, I was struck visiting children in a school who lacked simple educational supplies like pencils, notebooks and desks,” said Gumbel. “UNICEF was providing these basic essentials to them to help them learn. Working with the organization has been the biggest joy and has provided the most amazing sense of purpose in my life. As long as I am breathing, I will help UNICEF continue its work to save and improve children’s lives around the world.”

Philanthropist Tom Freston was presented with the Spirit of Compassion award in recognition of his advocacy work for vulnerable children around the world. As the Board Chairman of the ONE campaign, Freston has traveled extensively to Asia and Africa and supported children in Burma to help advance the organization’s mission to end extreme poverty and preventable disease.

“I am truly humbled to receive UNICEF’s Spirit of Compassion Award,” said Freston. “My relationship with UNICEF goes back over 50 years. I was a Trick-or-Treater each Halloween, carrying UNICEF’s orange boxes to collect change for the organization. I had a sense of where the money was going back then, but in the years since, I have seen so many examples of UNICEF’s good work around the world. I want to recognize and thank the extraordinary team at UNICEF who work so tirelessly to save the lives of children in need.”

“Our two honorees tonight, Tom Freston and Hilary Gumbel, have been longtime advocates for the needs and rights of the world’s children. Tom is a tireless voice in the fight against child poverty, and as a board member and volunteer, Hilary is a relentless force for children’s health, education and protection. They are true humanitarians, committed to putting children first.” said Caryl Stern, President and CEO of the U.S. Fund for UNICEF. “We are delighted to recognize their longtime service to the world’s children.”

Inspired by flying lantern festivals throughout Asia, the Cipriani Wall Street ballroom was decorated with 190 lanterns. Each lantern featured an image of a child and symbolized UNICEF’s work in 190 countries and territories. HGTV star and UNICEF Ambassador Vern Yip created the evening’s décor for a sixth year and wowed guests as the lanterns were ceremoniously raised high above their heads.

Ball attendees dined on dishes such as fish taquitos, farro and roasted mushroom salad with whipped goat cheese and an apple tart with lavender and vanilla cream as part of the evening’s menu which was designed by UNICEF Ambassador Marcus Samuelsson, along with chefs Alex Guarnaschelli and Scott Conant. A live auction, hosted by Hugh Hildesley of Sotheby’s, featured VIP packages including tickets to an Elton John concert and invitations to attend his Academy Awards party, in addition to an experience at New York Fashion Week and dinner with Heather Graham. The gala after-party was hosted by UNICEF’s Next Generation — a group of young philanthropists and entrepreneurs — and featured DJ Ms. Nix.

Moll Anderson and Gillian Miniter co-chaired the event with Nell Diamond and Jaime Jiménez serving as UNICEF Next Generation Co-Chairs. Richard Plepler was the Honorary Chair for the evening and Pamela Fiori served as the Project Chair.

For more information on the 2014 UNICEF Snowflake Ball, click here.