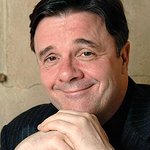 The Eugene O’Neill Theater Center announced today that it will present the 15th Annual Monte Cristo Award to theater, film, and television actor Nathan Lane in recognition of his outstanding achievements and contributions to the American theater.

A gala dinner in his honor will be held at the Edison Ballroom in New York City on April 13, 2015. Tickets are on sale at www.theoneill.org. Table and sponsorship opportunities are also available.

Known for roles as Max Bailystock in the musical The Producers, Oscar Madison in The Odd Couple, and, and recurring roles in Modern Family and The Good Wife, Lane has created a wide footprint on American stage, film, and television. Other memorable and award winning roles include Albert in The Birdcage,Gomez in The Addams Family, and the voices of Snowbell in Stuart Little and Timon in The Lion King.

Lane recently starred on Broadway as Jimmy Wicker in It’s Only a Play by Terrance McNally, with Matthew Broderick, F. Murray Abraham, Stockard Channing, Rupert Grint, Megan Mullally, and Micah Stock. He starred alongside O’Neill Trustee Brian Dennehy as Larry Slade in the revival of the Eugene O’Neill play The Iceman Cometh at Chicago’s Goodman Theatre in 2012, the most successful show in its history. Lane and Dennehy will come together again in the same Robert Falls production of The Iceman Cometh at the Brooklyn Academy of Music in Spring 2015.

Inducted into the American Theatre Hall of Fame in 2008, Mr. Lane has been honored for a remarkable legacy in stage and screen, including five Drama Desk Awards, two Obies, two Tony Awards and one Screen Actors Guild Award.

O’Neill Executive Director Preston Whiteway remarked, “Nathan is a theater artist in the truest sense, and a champion of the work of Eugene O’Neill. I look forward to his portrayal of Hickey in THE ICEMAN COMETH, an iconic role in the canon, this spring in New York, and I am honored to celebrate his tremendous body of work and contributions to the American theater with the O’Neill’s Monte Cristo Award.”

For sponsorship opportunities or more information about the O’Neill’s Monte Cristo Award, visit www.theoneill.org or contact Ainslie Seeber at 860-443-5378 x285 or events@theoneill.org.

Founded in 1964, the Eugene O’Neill Theater Center is the country’s preeminent organization dedicated to the development of new works and new voices for American theater. In the bold tradition of its namesake Eugene O’Neill – four-time Pulitzer Prize Winner and America’s only playwright to win the Nobel Prize in Literature – the O’Neill has been home to more than 1,000 new works for the stage and to more than 2,500 emerging artists. Scores of projects developed at the O’Neill have gone on to full production at other theaters around the world, including Broadway, Off-Broadway, and major regional theaters.