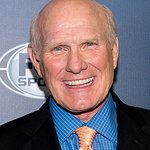 Tickets are on sale for the Friars Club ESPN Roast of Terry Bradshaw, presented by Redd’s Wicked Apple.

Tickets start at $500 for the Friars Club Roast, to be held Thursday, January 29, 2015 at a luncheon at the Arizona Biltmore Hotel, in Phoenix, AZ. To purchase tickets, visit www.friarsclub.com/eventpurchase.

The broadcast of the Roast will premiere on ESPN2 in an hour-long special set to air Friday, January 30th from 8p-9p ET.

One of the most prolific quarterbacks in history, leading the Steelers to an unprecedented four Super Bowl championships, Bradshaw has seen football from inside the game to analyzing and commentating them – more fodder for the Friars comedians and his peers to use against him as they turn their Roasting spits of wit.

Bradshaw joins the ranks of recent honorees Jack Black, Quentin Tarantino, Betty White and fellow NFL quarterback Boomer Esiason. Proceeds from the event will benefit the Make-a-Wish Arizona, The V Foundation for Cancer Research and the Gift of Laughter Wounded Warrior Program, a project of the Friars Foundation that provides uplifting entertainment to enhance and increase the wellbeing and positive attitude of troops injured in Iraq and Afghanistan who are currently in military hospitals throughout the United States and in Europe.

Redd’s Wicked Apple is the Title Sponsor of the Roast and Broadcast. Redd’s has been a friend of the Friars having sponsored previous Friars Roasts including Boomer Esiason and Jack Black. Delta Air Lines is a signature sponsor and the Friars Club’s signature airline.

“The Redd’s Family of Brands is thrilled to continue its partnership with the Friars Club,” said Anup Shah, Director of Marketing and Innovations. “Just as Redd’s Wicked Apple is a refreshingly hard ale, the Friars Roast offers a refreshingly fun and unique twist on comedy.”

For more information on the Friars Club ESPN Sports Roast, visit www.friarsclub.com. Join the conversation by following @friarsclub on Twitter and using #BradshawRoast.