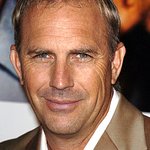 The stars came out in force at the 14th Annual AARP Movies for Grownups Awards held at the Beverly Wilshire hotel in Beverly Hills, California, last month.

Kevin Costner was awarded the AARP career achievement award, but perhaps the most touching moment of the night was when Julianne Moore won best actress for Still Alice, a movie that depicts a woman slowly coming to terms with her diagnosis with Alzheimer’s. Maria Shriver, whose late father Sargent Shriver suffered from the disease, presented Moore with her award.

“Her incredible performance has left all of us who are children of Alzheimer’s moved, humbled and so very grateful,” Shriver said.

The genesis of the AARP’s Movies for Grownups Awards began in 2002 when a team of editors of AARP The Magazine wanted to intentionally bring more awareness to captivating films that catered to moviegoers over 50 years old. “The AARP’s 14th Annual Movies for Grownups Awards gala raised over $100,000 for the AARP Foundation, AARP’s affiliated charity, which works in communities across the nation to help struggling older adults meet their basic need for nutritious food, safe and affordable housing, adequate income and much-needed personal connections.”