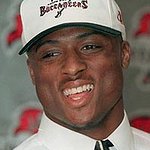 American football legend Warrick Dunn will be joined by former and current NFL teammates to raise money for his charity – which he established after his mother was shot to death in 1993 – to help struggling single parents buy their own homes.

“Despite Warrick’s move from the Atlanta Falcons to the Tampa Bay Buccaneers there is still a need for the Foundation’s assistance in Georgia,” said Natalie Boe, Warrick Dunn Foundation Executive Director. “We look forward to continuing our support of the greater Atlanta area.”

The evening will include live musical performances, a live and silent auction (including a Super Bowl XLIII package), Macy’s Fashion Extravaganza and much more.

More information about the Gala can be found at the Athletes For Hope website.