Seth MacFarlane To Host A Concert For Our Oceans 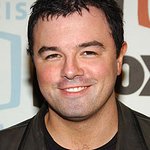 Multi-hyphenate Seth MacFarlane will host Oceana's A Concert for Our Oceans.

Following a cocktail reception, Seth MacFarlane will take the stage along with the 50 member Blue Oceans Orchestra. MacFarlane will sing and emcee a musical program featuring performances by Amanda Seyfried, Katharine McPhee, Kesha, Yoakam, Kristen Bell, Mary Steenburgen, Sharon Lawrence, Rebekah Del Rio, Liz Gillies and other surprise guests. Proceeds from the event will support Oceana’s effort to save the oceans and feed the world.