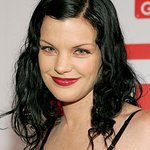 American Humane Association is revealing the REAL winners of this year’s top acting awards with the PAWSCARS, honoring the top animal stars in film and television.

And now for this year’s PAWSCARS winners….

Best Family Dog – “Love the Coopers”
This holiday comedy focuses on four generations of the Cooper clan and their journey home for their annual Christmas dinner. In the middle of this emotional hurricane stands Rags, a loveable St. Bernard, who bears witness to the Coopers’ collective neuroses with a perpetual look of confusion and empathy. Whether dressed up for the holidays, riding in the backseat of a car or eating from everyone’s plates, Rags shines throughout the film. In fact, director Jessie Nelson called Rags, “The Marlon Brando of Dogs.”

Most Moving Performance – “The Hateful Eight”
We mean that literally – as in moving up a mountain. Throughout the movie we see a team of powerful stallions pull a stage coach through picturesque, snow-covered valleys and mountains. It may look cold out there, but don’t worry: American Humane Association made sure all the horses were accustomed to both the weather and the altitude. To make the horses’ climbs easier, production used a Snow Cat to groom the trails prior to filming the scenes. Plus their hooves were covered with rubber ice pads to protect them from the snow. We think that sounds pretty loveable, actually.

Best Hitchcockian Hound – “The Gift”
Traditionally, animals play supporting characters. But that wasn’t the case in this year’s Hitchcockian thriller, “The Gift,” which features a dog as one of the principle actors. The Gift revolves around a married couple and their dog, played by the very gifted Bolt. All of their lives are turned upside down when they reconnect with a mysterious friend from the past. And without giving too much away, we’ll just say that Bolt plays a key role in the film. In fact, he has some pretty heavy scenes that require genuine acting skills. Some of his expressions are downright haunting. And like Anthony Perkins in “Psycho,” it’s all in the eyes!

Best Rodeo Romance – “The Longest Ride”
As all lovebirds know, only Nicolas Sparks could weave a tale which combines romance and bull riding. In “The Longest Ride,” Britt Robertson falls in love with a professional bull rider, played by Scott Eastwood. The bull riding scenes are nail-biting to say the least, and look incredibly realistic. The reason? Those are real bulls being ridden by real cowboys. American Humane Association and the animal trainers made sure everything went safely and smoothly… and dare we say, romantically? The actors never did any of the real bull riding. And when we see Scott Eastwood waiting in the chute, ready to ride, he was actually sitting on a fake bull.

Best Bribe – “Daddy’s Home”
When a father and stepfather go head to head, sometimes bribery is required. This is the sticky situation in the comedy, “Daddy’s Home,” where Will Ferrell tries to steal the attention of his stepchildren from Mark Wahlberg. In a last desperate attempt, Will Ferrell dresses up like Santa Claus and presents the kids with the ultimate bribe: an adorable pony, complete with a pink saddle and ribbons. Needless to say, the bribe works! Trainers were on set during the filming of this scene. They showed Will Ferrell how to lead the pony into the house and made sure that the pony’s path was clear of equipment and toys. The only trouble they had was the pony, Mary, kept trying to eat Will Ferrell’s Santa outfit.

Best Repurring Cat Performance – “The Hunger Games” Series
In “The Hunger Games” movies, Buttercup survived her share of nine lives, and then some. With a starring role in all four films, she gives Jennifer Lawrence a run for her money as the greatest survivor of the Capitals. “The Hunger Games” used numerous felines to portray Buttercup and her varying moods. John was the warrior cat. Orion was the loving, mellow one. American Humane Association had the pleasure of working with all the cats and made sure they were always acclimated to the locations and weather conditions before shooting. For example, in the scenes that had rain, production used extra warm water and the cats got a complete towel drying before being placed in a heated tent. Congratulations to Buttercup for performing the role of nine lifetimes.

Best Ensemble Performance – “Cinderella”
This award was a real shoe-in. Horses, mice, geese, chickens, cats and even lizards worked together in this year’s retelling of the classic, “Cinderella.” There have been many versions of “Cinderella,” but none as visually powerful as Disney’s newest incarnation. In particular, the famed scene where the carriage turns into a pumpkin, the horses into mice, and the coach driver into a goose, you might be surprised to hear that the animals in this sequence were in fact real, and not animated. Production filmed the real animals on a green screen. Then, they took that footage of the animals and digitally combined it with that of the pumpkin carriage. The rest was movie magic and CGI.

Best Hero Dog – “Max”
"Max" is the story of a military dog who returns from war after his handler is killed and then is adopted by his family. More than just a heartfelt drama, “Max” is also an exciting adventure, as well. A good example is when Max playfully chases the boy as he rides his bike through a forest. This scene was actually shot in small increments with the dog running only 50 yards at a time. Two trainers worked together on this scene, with one releasing the dog at point A, while the other welcomed the dog with treats and hugs at point B. The dog ran this trajectory multiple times. Then post-production edited this footage to create a seamless, exhilarating sequence. Not incidentally, American Humane Association was the proud champion of the recently passed 2016 National Defense Authorization Act, which now guarantees the right of all military working dogs to return home when their tour of duty ends.

For more than 75 years, American Humane Association’s “No Animals Were Harmed” program has acted as the only official film-industry sanctioned group ensuring the humane protection, safety and welfare of animal actors on the sets of movies, television shows, and commercial shoots. Each year the program oversees the protection of more than 100,000 animal actors on more than 1,000 sets in the U.S. and around the globe.

In honor of the program’s legacy, American Humane Association reflected on the history of animal actors and asked America to vote for its favorite animal buddy movie, animal drama, and animal family movie of all time. Following nationwide polling, the results are in and the winners are…

Favorite Animal Buddy Movie of All Time: “Turner and Hooch”
This comedy classic from 1989 stars a very slobbery French Mastiff who partners with Tom Hanks to create one of the most memorable friendships in movie history.

Favorite Animal Drama of All Time: “Seabiscuit”
In 2003, America was captivated by the true story of a small racehorse whose victories lifted the morale of Depression-era America.

Favorite Animal Family Movie of All Time: “Old Yeller”
Disney’s timeless classic from 1957 is credited as one of the first films to demonstrate the importance of the human-animal bond, the inextricable link between people, pets and the world we share.

“Animal stars are some of America’s most treasured institutions, and our PAWSCARS Awards pay tribute to the best furry, winged and scaled acting performers from not only the past year, but all time,” said Dr. Robin Ganzert, American Humane Association’s president and CEO. “American Humane Association is proud to have been on the sets of these movies protecting millions of our most beloved the animal stars on hundreds of thousands of sets worldwide for more than 75 years. Congratulations to all our winners! I hope their trainers are rewarding them with plenty of treats and hugs. We offer our deepest thanks to Pauley Perrette and Lou Wegner for co-hosting this year’s show and to everyone who voted for their favorite animal buddy movie, drama and family movie of all time.”

To give viewers the inside scoop on even more of the Garbos and Gables of animal actors, a powerful book has been published for the 75th anniversary of the “No Animals Were Harmed” program. American Humane Association President and CEO Dr. Robin Ganzert wrote Animal Stars: Behind the Scenes with Your Favorite Animal Actors, with Allen and Linda Anderson, the husband-and-wife founders of the Angel Animals Network. Featuring a foreword by “America’s Veterinarian,” Dr. Marty Becker, “Animal Stars” offers a peek at the fascinating world of animals and animal trainers in today’s film and television industry – and the celebrities with whom they work. Proceeds from the sale of the book support American Humane Association’s lifesaving work and programs protecting America’s children and animals.