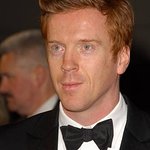 Jose Mourinho and Sam Allardyce will manage England and will be joined by Assistant Manager Unicef UK Ambassador Robbie Williams with Bradley Walsh returning as coach. Rest Of The World will be led by Premier League winning manager Claudio Ranieri with One Direction’s Niall Horan as his Assistant Manager.

In the commentary box will be broadcasting icons Clive Tyldesley and Chris Kamara with former World Cup referee Howard Webb officiating in the middle. Viewers will also be treated to a performance from the incredible Katherine Jenkins.

The tenth anniversary match promises to be bigger, better and bolder than ever before, as the world’s biggest stars from sport, music, television and film play in an action-packed game to raise money and vital support for Unicef’s work for children in danger.

The money raised through profits from ticket sales will add to the incredible £17 million that has already been raised for Unicef to help provide children with life-saving food, vaccines, and clean water, as well as protecting them from violence, exploitation and abuse. 100% of all public donations will go towards supporting the vital work of Unicef.

Donations to Soccer Aid will be doubled by the UK government.

The biennial live event will be hosted by Soccer Aid veteran Dermot O'Leary with TV presenter Kirsty Gallacher once again pitch side to report on all the action as it happens.