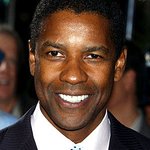 AARP The Magazine has announced the winners of the 16th Annual Movies for Grownups Awards.

In doing so, the editors continue their integral role in awards season by honoring the best films with unique appeal to movie lovers with a grownup state of mind and by recognizing the inspiring artists who make them. With Loving and Denzel Washington and Annette Bening among the top honorees, this year’s winners will be celebrated at AARP Movies for Grownups Awards on February 6, 2017. Three-time Emmy award-winning film and stage actress Margo Martindale will host the evening at the historic Beverly Wilshire in Los Angeles.

“AARP’s Movies for Grownups Awards is one of the loveliest events of the season, one that is intimate and elegant and honors the films, filmmakers and film actors that people really respond to,” says actress Margo Martindale.

Best Picture goes to Loving, the story of Richard and Mildred Loving, an interracial couple, whose challenge of the anti-miscegenation law in Virginia went all the way to the U.S. Supreme Court. Annette Bening and Denzel Washington lead this year’s acting honorees and will take home Best Actress and Best Actor awards for their work in 20th Century Women and Fences, respectively.

This year’s Best Supporting Actress award will go to Viola Davis for her outstanding performance in Fences and Jeff Bridges earns the Best Supporting Actor for his performance in Hell or High Water. This year’s Best Director and Best Screenwriter awards will go to Kenneth Lonergan for Manchester by the Sea. Actor, producer and Academy Award-winner Morgan Freeman will receive the evening’s highest honor, the 2016 Movies for Grownups Career Achievement Award.

“AARP is delighted to celebrate the very best movies of 2016 and the outstanding work by the filmmakers and actors who make them,” says Myrna Blyth, Senior Vice President and Editorial Director for AARP Media. “These are the top movies for grownups made by tremendously talented grownups.”

Event proceeds benefit AARP Foundation, which helps struggling people 50 and older in Los Angeles and around the country transform their lives through programs, services and legal assistance. Chase Card Services, through its AARP Credit Card from Chase, is the presenting sponsor of AARP’s Movies for Grownups Awards event.
With weekly news and reviews, nationwide screenings, and an annual awards event, the Movies for Grownups initiative champions movies for grownups, by grownups.

For more information about AARP’s Movies for Grownups Awards, go to www.aarp.org/moviesforgrownups. The entire list of award winners will also be featured in the February/March Issue of AARP The Magazine, available in homes February 1st.

About AARP The Magazine’s Movies For Grownups Awards’ Philanthropic Goals:
The annual Movies for Grownups Awards raises funds for AARP Foundation, AARP’s affiliated charity, which helps struggling people 50-plus in Los Angeles and around the country transform their lives through programs, services and vigorous legal advocacy. The foundation works to ensure that low-income older adults have nutritious food, functional and affordable housing, steady income, and strong and sustaining social bonds.

AARP Foundation is active in Los Angeles. It is working with the Motion Picture &Television Fund (MPTF) to develop programs to reduce social isolation among older people, by keeping them connected with their friends, families and neighborhoods. AARP Foundation also is the founding sponsor of L.A. Kitchen, where California produce considered “waste” is used to make healthy meals for those in need.

WIF (Women In Film, Los Angeles) has announced the honorees for the 2022 WIF Honors that will be held on Thursday, October 27 at The Beverly Hilton. More →