What To Expect From The New Season Of The Celebrity Apprentice 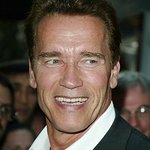 When the latest season of “The Celebrity Apprentice” premiered on January 2, 2017, it was clear that the newest installment of the reality series has been revamped, and in many ways, for the better.

With an all-new cast of contestants, a new host and even a new filming location, the series is poised to reboot its ratings as well. Here’s what you can look forward to in the eighth season of The Celebrity Apprentice:

Series staple, President-elect Donald Trump stepped down from his hosting duties on the show that helped bolster his star power after announcing his decision to run for the presidency. While Trump will still have some involvement in the series as an executive producer, the hosting duties will be taken over by action-star-turned-politician Arnold Schwarzenegger. Schwarzenegger is sure to bring his own brand of charm to the series as well as numerous classic catchphrases.

Another big change is that the show is moving filming production from New York City to Los Angeles. With this change will surely come a fresh spin on the contestant challenges and also a boost in accessibility to greater star power, whether in contestants, special guests or advisors.

Sixteen contestants will be vying to be the next Celebrity Apprentice, earning the charity of their choice $250,000. Here are this season’s contestants:

The roster of advisors on this season of “The Celebrity Apprentice” is arguably more impressive than the contestants. Schwarzenegger will be consulting some of the leading minds in the business world as he makes weekly decisions in the boardroom this season. Advisors include:
• Warren Buffett: One of the most successful business investors in the world
• Steve Ballmer: Owner of the Los Angeles Clippers and former Microsoft CEO
• Jessica Alba: Founder of The Honest Company and Honest Beauty, actress and author
• Tyra Banks: CEO of the Tyra Banks Company and TYRA Beauty, accomplished model, producer, TV host and actress
• Patrick Knapp Schwarzenegger: Leading entertainment attorney and nephew of host Arnold

With the series set in L.A.’s very own Silicon Beach, you can expect this season to have a bigger focus on technology than ever before. While many challenges will be anchored in integrating technology, the series itself will likely see more technological integration as well.

In addition to watching the show on live TV when it airs on Mondays at 8 (7 Central), viewers can also catch up while on-the-go with NBC’s mobile app. In addition to full episodes, you can also use the app to view clips and special features.

Each contestant has chosen a charity near and dear to them that they will be working with to raise awareness and money for while competing on “Celebrity Apprentice.” Over the course of the series, contestants have raised over $15 million for charity, according to NBC. This season will boost that amount further, with the winner earning a generous $250,000 for the charity of their choosing.