Wanda Sykes To Be Honored By Point Foundation 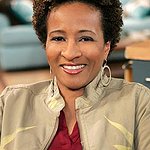 Comedian, actress, and writer Wanda Sykes, a perennial audience favorite for keeping the laughter coming in her stage, TV and film roles, will receive the Point Legend Award at the annual Point Honors Los Angeles gala, October 7th at The Beverly Hilton Hotel.

The award recognizes an individual who has achieved greatness in their professional career and unapologetically supported the lesbian, gay, bisexual, transgender, and queer (LGBTQ) community. Point Foundation is the nation’s largest scholarship-granting organization for LGBTQ students of merit.

Sykes can currently be seen on ABC’S “Blackish,” a role that earned her a nomination for a 2017 Primetime Emmy Award. Her work on “The Chris Rock Show” was recognized with an Emmy for Outstanding Writing, and she received three more Emmys for her work on Inside the NFL. Sykes’ 2009 HBO comedy special “I’ma be Me” was also nominated for two Primetime Emmy Awards for Outstanding Variety, Musical or Comedy special and for Writing for a Variety, Comedy, Musical Special. A proud LGBTQ advocate, Sykes served as Master of Ceremonies for the July 4, 2015, National LGBT 50th Anniversary Ceremony at Independence Hall in Philadelphia.

“Humor is a great way to broach most topics, but impediments to education – the cost of college, discrimination on campus – these are nothing to joke about,” said Sykes. “I’m honored to join Point Foundation in supporting LGBTQ students who are going to be carrying the torch forward showing the world just how creative, resourceful, and funny our community is and how we will not let anyone hold us back.”

Also being honored the same evening are actor and activist Wilson Cruz (“My So Called Life,” “Star Trek: Discovery,” “Rent”), who will receive the Point Courage Award, and TV and film writer, director, and producer Jill Soloway (Amazon’s “Transparent,” and “I Love Dick,” and HBO’s “Six Feet Under”), who will receive the Point Impact Award. Comedian Michelle Collins will host Point Honors, which also features a performance by Grammy-nominated singer, Adam Lambert. Other celebrity participants include Tyler Alvarez (“American Vandal”), Hayden Byerly (“The Fosters”), Jay Duplass (“Room 104”), Kathryn Hahn (“Transparent”), Trace Lysette (“Transparent”), Pete Nowalk (“How to Get Away with Murder”), and Adam Shankman (“So You Think You Can Dance”), with more to be announced shortly.

“LGBTQ people have often turned to humor to get through difficult situations,” said Jorge Valencia, Executive Director and Chief Executive Officer of Point Foundation. “By employing humor strategically, Sykes is able to reach across divides and make allies. It’s analogous to the leadership skills we help our scholars develop, and we couldn’t be happier to present her with this honor.”