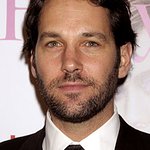 The Hasty Pudding Theatricals, the oldest theatrical organization in the United States, announces actor and screenwriter, Paul Rudd, as the recipient of its 2018 Man of the Year Award.

The Pudding is proud to honor such a talented actor, whose career has spanned genres. He has starred in indies, mainstream films, acclaimed and often heartfelt comedies, and now he currently plays one of Marvel’s biggest (and smallest) superheroes.

The Hasty Pudding Theatricals’ Man and Woman of the Year Awards are presented annually to performers who have made lasting and impressive contributions to the world of entertainment. The Man of the Year award was established in 1963. Its past recipients include, among others, Robert Downey Jr, Tom Hanks, Chris Pratt, Robert De Niro, Harrison Ford, Justin Timberlake, and most recently, Ryan Reynolds.

The Man of the Year festivities will take place on Friday, February 2nd, 2018. The Hasty Pudding Theatricals will host a celebratory roast for Mr. Rudd and present him with his Pudding Pot at Farkas Hall, which has been the Pudding’s historic home in the heart of Harvard Square since 1888. A press conference will follow the roast at 8:40 p.m.

“We are incredibly excited to be honoring Mr. Rudd as our Man of the Year. The entire company is in awe of his many accomplishments in film and television. Specifically, in his ability to have not aged since 1995. We cannot wait for him to reveal the fountain of youth to us. Oh, and we hear he’s a pretty funny guy, too,” quipped Pudding President Amira Weeks.

PAUL RUDD co-wrote and starred in Marvel’s ANT-MAN which grossed over $500 million at the box office. Its sequel ANT-MAN AND THE WASP will be released on July 6, 2018. He will next star in Duncan Jones’ MUTE with Alexander Skarsgård and Justin Theroux, which will be released in theaters and on Netflix on February 23, 2018. Additionally, Paul stars as the title character in Ben Lewin’s WWII dramatic spy-thriller THE CATCHER WAS A SPY which will premiere at the 2018 Sundance Film Festival. His other film credits include CAPTAIN AMERICA: CIVIL WAR, ANCHORMAN 1 & 2, 40 YEAR OLD VIRGIN, KNOCKED UP, FORGETTING SARAH MARSHALL, I LOVE YOU, MAN, OUR IDIOT BROTHER, ROLE MODELS, THIS IS 40, PRINCE AVALANCHE, CLUELESS, WET HOT AMERICAN SUMMER, among others.

TO PURCHASE TICKETS to the Hasty Pudding Theatricals’ 170th production, Intermission Impossible, contact the HPT Box Office at 617-495-5205 or order online at www.hastypudding.org/buy-tickets. The show will be performed at Harvard University’s historic Farkas Hall, located at 12 Holyoke Street, from February 2nd until March 4th. The company then travels to New York to perform at The Kaye Playhouse at Hunter College on March 9th and 10th, followed by performances on March 14th-16th at Hamilton City Hall in Bermuda.

The Hasty Pudding Institute of 1770’s philanthropic mission is to provide educational and developmental support in all aspects of the performing arts for the underprivileged, to encourage satire and comedy, and to cultivate young talent around the world. The Institute is comprises the Hasty Pudding Club (the oldest social club in the United States), the Hasty Pudding Theatricals (the third oldest theater group in the world, after the Comédie-Française and the Oberammergau Passion Players) and the Harvard Krokodiloes (the foremost collegiate a cappella group in the United States). Over the last two centuries, it has grown into a premiere performing arts organization, a patron of the arts and comedy, and an advocate for satire and discourse as tools for change worldwide.