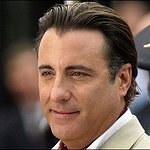 Shane's Inspiration, the global leader in creating inclusive playgrounds and educational programs for children with disabilities, is hosting its 20th Anniversary gala on Saturday, March 10, 2018 at the beautiful Vibiana in Downtown Los Angeles.

Guests will be grooving all night long with live performances presented by one of America’s favorite dancers, Emmy-nominated choreographer Dmitry Chaplin, who will be joined by his friends from “Dancing With The Stars” and “So You Think You Can Dance”.

Celebrating the opening of 70 inclusive playgrounds worldwide, the festivities will recall the retro chic style of the 70s with a “Boogie Wonderland” theme, featuring live musical entertainment performed by The Boogie Knights. Also performing is X-Factor’s Emmanuel Kelly, who will receive the Trailblazer Award for overcoming severe obstacles to pursue his dream of becoming the world’s first differently-abled pop star.

This star-studded evening of dance and philanthropy will honor other prominent advocates in the special needs community, including Shane’s Inspiration CEO/Co-Founder, Tiffany Harris, who will receive the Visionary Leadership Award for inspiring hundreds of thousands of thoughtful citizens to break down the barriers of bias and exclusion for children with disabilities.

Additionally, the Community Leadership Award will be presented to The Bill and Dinah Ruch Family Foundation in memory of Rocket Williams for inspiring the creation of “Rocket’s Universe,” Shane’s 66th inclusive playground which opened in 2017 in North Hollywood as a tribute to John “Rocket” Williams, a child who passed away due to a rare childhood disorder.