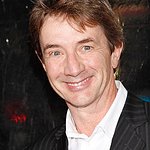 AARP The Magazine’s 18th Annual Movies for Grownups Awards were held last week at the Beverly Wilshire, Beverly Hills, celebrating 2018’s standout films with unique appeal to movie lovers with a grownup state of mind and recognizing the inspiring artists who make them.

Co-produced by the Great Performances series, the Movies for Grownups Awards will be broadcast for the second consecutive year on Friday, February 15 at 9 p.m. on PBS (check local listings) and will stream the following day on pbs.org/moviesforgrownups and PBS apps.

Hosted by actor and comedian Martin Short, the star-studded awards ceremony included a touching tribute to Career Achievement Award honoree Shirley MacLaine. Other highlights of the evening included a special appearance by Michael Douglas, who presented his Fatal Attraction co-star Glenn Close with Best Actress honors for her role in The Wife; Mahershala Ali who handed his co-star Viggo Mortensen the Best Actor award for Green Book; and Spike Lee received a standing ovation when he was awarded Best Director by actor Topher Grace, one of the stars of BlacKkKlansman.

Consumer Cellular is proud to be the presenting sponsor for the Movies for Grownups Awards. Event proceeds benefit AARP Foundation, which works to end senior poverty by helping vulnerable older adults — in Los Angeles and across the country — build economic opportunity and social connectedness.