Celebrity-Led Fundraising Campaign Supports Charities In Their Hour Of Need 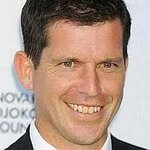 How would you like to meet some of your favourite celebs, in the flesh? Are you a fan of Daniel O’Donnell or Tim Henman, maybe Raymond Blanc or Rock Legend Suzi Quatro?

Or, maybe celebrities are not your thing, so how about the ultimate behind the scenes day with the Red Arrows or backstage on GMTV? Perhaps even own one of Paul O’Grady’s iconic Lily Savage dresses or a stunning print signed by Ali and Joe Frazier!

All these and a lot more form part of a very timely and innovative celebrity led fundraising campaign which launches on Thursday evening May 21st to provide hard hit charities with much needed revenue at a time when their donation levels are plummeting.

The BIG Bid campaign was created and built by the specialist charity support organisation, Ingenious Fundraising, in partnership with eBay for Charity and supported by the Charities Aid Foundation. It has been two years in the planning and can be found at www.ebay.co.uk/thebigbid. The campaign really is going live at a crucial time for the nation’s voluntary sector.

Campaign director, Paul Sayer, says ‘People seem to be fed up with doom and gloom stories at the moment so we hope they will indulge in a little retail therapy to lift their spirits. By treating themselves to something special they will also get a feel-good factor from knowing they are helping some very deserving causes into the bargain’.

‘We have found some exceptional items such as the ultimate VIP day for the Wimbledon Men’s Final with Tim Henman signing a special memento or how about a flight over London in a vintage airliner with a celebrity guest on board. These are experiences that just don’t come along every day, so should attract some real interest’.

About 25 charities will benefit from the campaign which runs for 10 days until Sunday May 31st including one of the nation’s most popular causes, Help for Heroes, along with Action for Children, CLIC Sargent, the Teenage Cancer Trust and many more.

Going under the hammer are items such as: