Stars To Attend Change The World Awards This Weekend 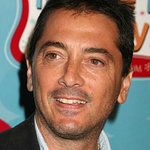 The Hollywood Note Foundation will hold its annual Change The World Awards this Sunday, May 31.

The award ceremony – hosted by Scott Baio and his wife Rene – will attract a large number of stars who will be recognized for their personal efforts to make the world a better place. Recipients will include Band From TV – featuring Greg Grunberg, Bob Guiney, Bonnie Somerville, Hugh Laurie, James Denton, Jesse Spencer and Teri Hatcher – who will recieve the Humanitarian Award of Inspiration. Also being honored are Ed Begley Jr., who will be presented with the Humanitarian Lifetime Achievement Award, Bart Simpson’s voice Nancy Cartwright – who will receive the Change The World Public Service Award – and many others, including Aimee Teegarden, Kevin Sorbo, Leonardo DiCaprio, Jeremy Sumpter, and Michael Bernard Beckwith.

Beneficiaries of the event will include Stand Up To Cancer, Happy House, Save The Ta-Tas, CASA (Court Appointed Special Advocates for Children), Coalition for Clean Air, the Ready or Not Foundation, and the Agape Foundation.

The ceremony – which will be held at the Beverly Hills Hotel – will feature performances by Rachael Lampa, Daniel Nahmod and Kute Blackson.

Find out more at the official Change The World Awards website.