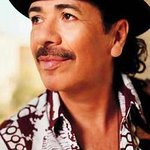 American Express Members Project, an online initiative for card-members to vote on ideas to make a positive impact in the world, announced results of elections for the Top 25 projects. Among the winners is Artists for a New South Africa's innovative program “Help African Children Orphaned by AIDS,” the only orphan or AIDS effort in the Top 25.

ANSA’s initiative to Help African Children Orphaned by AIDS now has the chance to move into the Top 5. American Express card-members can vote online for ANSA’s project #6841 to help the charity win up to $5 million. Top 5 voting begins July 17 at 12:00 am EST and ends Sunday, July 22 at 11:50 pm EST. Card-members may vote once in each round.

ANSA’s project empowers African communities to care for orphans in their midst. South Africa has more people with HIV/AIDS and more AIDS orphans than any other country. Recognizing the magnitude of the crisis, ANSA brought together leading African AIDS and child welfare experts to develop It Takes A Village (ITV), a cost-effective method of delivering essential services to orphans. Implemented by local organizations, ITV’s pilot programs have operated successfully for three years in KwaZulu-Natal (South Africa’s hardest hit province), served over 5,000 orphans, and strengthened local capacity to provide vital services. ITV provides loving care, food, clothing, counseling, legal aid, medical assistance, and other essential help to an orphan for under 50 cents a day.

ITV was initiated with funds donated by Deborah and Carlos Santana. George Lucas, Samuel L. Jackson and LaTanya Richardson supported ITV with the 2005 Los Angeles fundraising premiere of Star Wars: Episode III – Revenge of the Sith. In October 2006, the Santanas, Jacksons, Alfre Woodard, Jurnee Smollett, and CCH Pounder traveled to South Africa to witness ITV’s impact in Ingwavuma, a community where 40% of adults have HIV/AIDS.

ANSA is a U.S.-based nonprofit organization working in Africa and America to combat HIV/AIDS, assist AIDS orphans, empower at-risk youth, and advance human rights and democracy. Founded in 1989 to support South Africa’s quest for freedom, ANSA has raised $9 million for effective African nonprofits, shipped 70 tons of medical supplies and books to poor communities, and educated millions in the U.S. and Africa about HIV/AIDS and voting rights. Archbishop Desmond Tutu is the Honorary Chair of ANSA’s AIDS programs. President Nelson Mandela said, “We will never forget those who stood by us in our darkest days…You have become a part of the progress we are making…We are strengthened by the knowledge that Artists for a New South will be with us.”

American Express Members Project Top 5 will be announced July 24, and one more elimination round will follow, with the winning project announced August 7. American Express donates $1 for every cardholder who registers, up to $5 million. To vote, visit www.membersproject.com. For more information go to www.ansafrica.org.