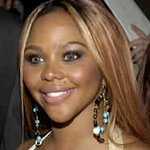 There’s more to Grammy Award winner Lil' Kim than music; she is also an established philanthropist. Often taking time to give back, she understands her social responsibility to the community and is committed to using her influence to inspire people.

The singer’s Lil' Kim Cares Foundation has announced that Lil’ Kim is teaming up with MusiCares to raise funds through a silent auction being held at the Grammy’s On The Hill ceremony. The ceremony will take place in Washington, DC on September 5, 2007 at the Willard Continental.

Tafia L. Allah-Pringle, the publicist for Lil’ Kim Cares stated that, “Lil’ Kim has added her celebrity to the MusiCares Foundation. She joins a list of celebrities in donating a few of their collector’s items for this year’s Silent Auction to benefit MusiCares which is the charitable arm of the GRAMMYs that provides a safety net of critical services and programs to members of the music community facing a medical, financial, or personal crisis.”