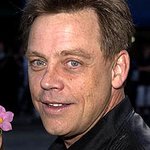 Precious Paws, the non-profit animal rescue organization based in Los Angeles, is launching the biggest fundraiser in the group’s history.

On Thursday, November 5th at 7:00 pm PST, Precious Paws will debut its Celebrity Experience and Entertainment Memorabilia Auction to an international audience exclusivel y on eBay. This 10-day auction, which is co- sponsored by Auction Cause, the nation’s leading online auction company, will conclude at 7:00 pm PST on Sunday, November 15th.

The charity is pleased to announce Mark Hamill will be participating in the event by allowing them to auction off a lunch for two with him. The actor, director, writer and producer who is best known for his role of Luke Skywalker in the original “Star Wars” trilogy, George Lucas’ epic space saga was an enormous success and revolutionized the film industry. For his portrayal of Skywalker, the Academy of Science Fiction, Fantasy & Horror Films honored Hamill with the Saturn Award for Best Actor. Post “Star Wars,” Mark Hamill has found success on Broadway in such productions as Amadeus and The Elephant Man, as well as on television. His achievements on the small screen include his work in front of and behind the camera, in both live-action and animated productions.

Precious Paws is a nonprofit dog and cat rescue organization that was founded in 2003 by Georgyne La Lone. “We are passionate about our mission to rescue unwanted companion dogs and cats from the streets and shelters,” says Ms. La Lone. “We spend a great many of our resources providing food and medical care to these loveable animals. It is our hope that through this auction, we will be able to continue providing the best to these rescues that do so much to enrich our lives.”

For more information on the Celebrity Experience and Entertainment
Memorabilia Auction, contact Georgyne La Lone at (818) 773-3336 or www.preciouspaws.org.