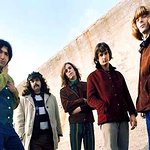 Top celebrity charity auction site Charity Folks has named its top celebrity earners for 2009, and the list is an eclectic mix of old and new.

The top charity earner for 2009 has surprised many people, but is a testament to longevity in the music business. Ever since the Grateful Dead began its legendary career nearly 45 years ago, the band has supported worthy causes that serve to raise awareness, lend support, and make this world a better place. Continuing this long-standing tradition of community service that has been a hallmark of the Dead and the Deadhead community, The Dead, known as one of the greatest touring bands of all time, partnered with Charity Folks to auction a limited number of tickets to their 2009 shows.

The auctions raised over $400,000 for a number of charities, including the Sea Shepherd Conservation Society.

Coming in second on the list by raising $300,000 through charity auctions were the Jonas Brothers. The trio of siblings raised money by auctioning meet-and-greets and other experiences to benefit their Change for the Children Foundation.