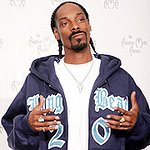 Mission Australia and Make-A-Wish Australia are two charities reaping the benefits of the Microsoft sponsored ‘Red V Blue’ Charity campaign. Microsoft enlisted the help of some top-notch celebrities such as Snoop Dogg and Kanye West to sign one-of-a-kind airbrushed Xbox 360s before putting them up for bids on eBay to raise money for the two charities.

Only 30 exclusive Red v Blue Xbox 360’s are being offered during the course of the four-week auction. Each console is hand painted with the artists face on one side, and their signature on the other. Raising money for Mission Australia, team Red members include Snoop Dogg, Neyo, Ice Cube, Justin Timberlake, Pussycat Dolls, Rihanna and Kanye West. On the other side and raising money for Make-A-Wish Australia, are team Blue members: Lupe Fiasco, Evermore, Linkin Park, Talib Kweli, Paramore and Eskimo Joe. Bidding is currently open on Ebay, and so far, team Red has raised over AU$1,200 ($1000) and team Blue has raised AU$283.00 ($250). I’d get ’em while you can, as they no doubt will become collectors items and a must have for Xbox junkies.