Celebrities To Make A Difference At We Promise Charity Gala 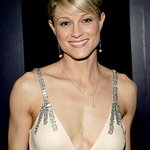 The red carpet is being rolled out and the stars will be present in Virginia Beach on September 1, 2010, at the We Promise Foundation's Diamonds in the Sky Gala black tie fundraising event to benefit children with life-threatening illnesses.

Actress Teri Polo of the “Meet the Parents” movie series will return as special Celebrity Emcee, and Olympic Gold Medalist, Bode Miller, will trade in the slopes for the sand and surf as a special guest. Also in attendance will be music legend, Eddie Money, who will provide world-class entertainment with a live performance.

These stars and more will be bringing Hollywood’s glamour and glitz to the oceanfront to support the We Promise Foundation’s mission to make dreams come true for children. Though, the biggest stars of the evening will be the “We Promise” children, who have experienced unthinkable hardship through their battle with degenerative, life-threatening, debilitating and chronic illnesses.

Founded by Chartway Federal Credit Union, The We Promise Foundation has been successful in lightening the burden of more than 500 children and their families through annual events including the Diamonds in the Sky Gala; receiving the support from celebrities including Madonna, Richard Petty, Courteney Cox, Peyton and Eli Manning, Derek Jeter, Kelly Preston, James Earl Jones, Mario Andretti, Leonardo DiCaprio and Clint Eastwood, just to name a few.

In addition to the premier entertainment, there will also be silent and live auctions that include autographed celebrity memorabilia, athletic event and concert tickets, luxurious vacation packages, exquisite jewelry and more.

The We Promise Foundation is also hosting its 12th Annual Charity Golf Classic, the sister event to the Diamonds in the Sky Gala, on Thursday, September 2, 2010 at the Signature at West Neck Golf Course in Virginia Beach. The Classic has earned the distinction as the premier golf event in the area and this year special guests include by Teri Polo, Bode Miller, LPGA Golfer Jean Reynolds, Survivor All-Star Rudy Bosch, Washington Redskins Alumni and more. In keeping with its tradition, the full flight of players will close their rounds as more than 20 We Promise children join them on the links to share a putt or a drive, giving sponsors and donors a personal experience with the children they are helping.

“Once you meet one of the extraordinary We Promise children and learn, first-hand, of their heartbreaking stories of survival, you become forever changed. You understand why we work so hard to ensure that they have an experience of a lifetime,” says We Promise Chairman John Blum.

For more information about the Diamonds in the Sky Gala ors the Charity Golf Classic, visit WePromiseFoundation.org.