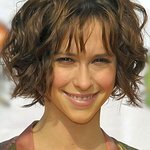 Guests lined up before dawn on the streets of Skid Row on Friday, mostly families with children, to be at the front of the line for the Los Angeles Mission Christmas Eve event.

Jennifer Love Hewitt hosted Friday’s event, and was joined by other notables from the entertainment industry, public officials, and other volunteers to serve the meal and give out gifts. Volunteers included Alyssa Milano, Stephanie Pratt, Boo Boo Stewart, Zachary Levi, Kate Linder and many more.

“Anyone would be moved by the kids on Skid Row meeting Santa and receiving gifts on Christmas Eve,” said Hewitt, who has hosted the event several times in the past. “I have been privileged to serve at the Los Angeles Mission Christmas Eve Homeless Outreach for more than 10 years, and always go home impressed by how joyful and respectful it is. Thanks to everyone who makes it possible by supporting the Mission.”

Toyota sponsored the gathering with a generous $50,000 donation. “We are very grateful to Toyota for supporting the work of the Los Angeles Mission,” said Herbert L. Smith, President of the Mission. “Serving the homeless effectively with excellent programs and high impact assistance takes the support of lots of people in the Los Angeles area, from corporations like Toyota, to individual donors who make regular contributions. Success of the Los Angeles Mission is largely due to the partnerships and generosity of many involved organizations and individuals.”

Thanks to donations of more than 4,000 toys from JAKKS Cares and hundreds from other donors, children walked or toddled away with toys, games and other Christmas gifts. Everyone was given a new jacket thanks to One Warm Coat and Aéropostale. More than 2,400 jackets for men, women and children were distributed. In addition, the organization “Give More After 24” made a financial donation. Hundreds of utensils and other serving items were donated by Landsberg Los Angeles.

The holidays are a time of blessings, and with the blessings of many supporters the Mission was able to provide about 3,000 thousand Christmas dinners to the homeless, hand out thousands of toys to hundreds of children, and provide Christmas cheer to both guests and volunteers.

Steaming plates of roast chicken, mashed potatoes and gravy, mixed vegetables, dinner rolls and pie for dessert were delivered to the tables by well known personalities from Hollywood. Toyota employees by the hundreds were also on hand to make sure everyone was served.

“Toyota has long respected the work of the Los Angeles Mission and is honored now to be a part of their holiday event to serve those in need in the Los Angeles area,” said Michael Rouse, Toyota’s vice president of philanthropy and community affairs. “Hundreds of our associates from Torrance will be volunteering as well to help those who are trying to rebuild their lives with the support of the Mission.”

“We love Christmas at the Los Angeles Mission,” said Mission President Smith, “Just to see the joy in the eyes of the children is enough, but the appreciation of parents is gratifying as well. With high unemployment and economic distress, children’s desires are often overlooked as stretched dollars go to food and essentials. This event helps those families a lot.”

“At JAKKS, we believe that to receive the gift of a toy for Christmas is an experience that every child deserves to have,” said Genna Rosenberg, JAKKS Pacific Senior Vice President of Corporate Communications, Investor Relations, Philanthropy. “We are grateful to our philanthropic partners, such as the Los Angeles Mission, who help us get vast amounts of toys into the hands of thousands of children who really need and will enjoy them the most. We support the work of the Los Aangeles Mission in our community and hope that through our combined efforts, we can bring joy to many families this holiday season.”

In addition to the gifts, Santa Claus greeted the children, and there were snow flurries flying on the main street of Skid Row.

Christmas Eve morning started early for the staff and volunteers and the Mission. There were last minute gift donations to wrap, and the big dinner to prepare. And the volunteers in the kitchen early Friday also served breakfast to those who came early to stand in line. At 6:30 AM, volunteers handed out hot breakfast sandwiches and cider to the waiting families.

At 6:00 AM Fifth Street from Wall Street to San Pedro was closed to vehicular traffic and the street set up started.

Many who came to Friday’s event live in temporary housing in the Skid Row area, others in shelters, and many came from the streets. All are greeted by staff and volunteers with love and served a hearty meal and given holiday treats. As they waited to be seated and served, the guests enjoyed holiday music from a number of local musical groups.