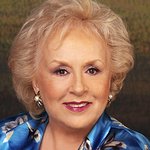 Hollywood’s favorite comedians will once again come together for the Ninth Annual Night of Comedy benefitting the Children Affected by AIDS Foundation (CAAF). The event will be hosted by Doris Roberts, and will see event regular Ray Romano hit the stage with a variety of comedy friends.

Proceeds benefit the Children Affected by AIDS Foundation, the only organization solely devoted to providing social, educational, recreational, and other critical support programs to vulnerable children impacted by HIV/AIDS in the United States and in other countries.

The event takes place at the Saban Theatre, 8440 Wilshire Blvd, Beverly Hills at 8pm on April 30. More information can be found here.

In Defense of Animals' respected annual list of the 10 Worst Zoos for Elephants in North America has exposed suffering caused by extreme lack of space, even at zoos which have expanded or updated their exhibits. More →