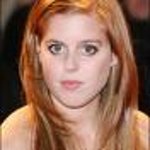 The eBay bidding frenzy continues for Princess Beatrice's hat, with the current auction value standing at £20,300.

Princess Beatrice’s hat, designed by Philip Treacy, was auctioned last week to raise funds for UNICEF and Children In Crisis.

To date, the auction page on eBay has received over 600,000 views, with more than 44,000 eBay users registered to watch. The auction began on Thursday 12 May, with an initial £5,000 bid from UNICEF UK Ambassador Duncan Bannatyne.

Since then the auction has sparked a global frenzy, with coverage in hundreds of publications from Vanity Fair to the Daily Mail, and even a guide on Channel 4 News to creating your own origami version of the hat.

On Twitter, the likes of Victoria Beckham, Stephen Fry, and Cat Deeley have tweeted enthusiastically about the hat, with Fry describing it as “glorious” and a “fine lid.”

Bids have come from across the world, from the UK and US, to Singapore, Bulgaria, Canada and Sweden. Even Australian children’s supergroup The Wiggles jumped in on the action, placing a number of bids.

All the money raised by the Ebay auction will be split 50:50 between UNICEF and Children in Crisis to spend on their vital work with children.