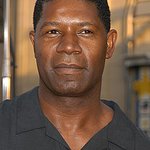 In addition to 18 holes of competitive play, the event will include a live auction and an Awards gala where prizes and special honors will be presented.

“The acting community has a long tradition of support of charitable organizations,” said Mantegna. “With the SAG Foundation it gives us the opportunity to practice the adage of charity starting at home. To help us help others, we need to help our own.”

All proceeds from the SAG Foundation Golf Classic go directly to the SAG Foundation Catastrophic Health Fund, which provides financial relief to actors when illness or injury threatens their ability to work as well as their access to affordable health insurance.