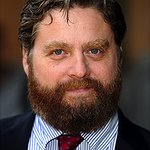 Dressing up is a surefire way to feel good, but a number of notable men in the worlds of entertainment, sports and music are doffing their ties to help raise money as part of the Career Gear Celebrity Tie Auction.

Career Gear is a nonprofit organization that assists disadvantaged men in finding and retaining employment through workshops and wardrobe donations. Just in time for the holidays, the organization is auctioning off autographed ties donated by celebrities such as Zach Galifianakis, Jay Leno and Carmelo Anthony to raise funds to sustain its job retention services. In these troubled economic times these gentlemen and others are showing their character by helping men get back to the security and satisfaction of gainful employment.

“We’re incredibly grateful to have these extraordinary men donate their ties to Career Gear,” says founder Gary Field. “It’s inspiring to see luminaries like these reaching out to help their fellow man. It’s impossible to overstate the importance of employment to men’s confidence, family stability and quality of life.”

Since its inception in 2009, the Career Gear Celebrity Tie Auction has received incredible support from gracious actors, authors, musicians and professional athletes, helping to bring Career Gear’s mission to a wider audience by aligning with its cause. Their commitment to community and philanthropy will help raise funds that will go directly to Career Gear’s imperative initiatives.

The Celebrity Tie Auction will run from November 15th to December 6th, 2011 and will be hosted on charitybuzz, the leading site for online charity auctions. For more information and to bid on the ties, visit www.charitybuzz.com/CareerGear.