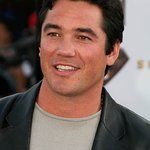 Smile Train, the world’s leading cleft charity with over 2,200 partner surgeons operating in over 1,100 partner hospitals in over 80 countries, today announced that it has performed its 250,000th cleft repair surgery in China, since it began operations there in 1999. All 250,000 surgeries have been performed by local Chinese surgeons.

Smile Train was founded in 1999 with the mission of providing every child born with a cleft the same opportunities in life as a child born without. The charity has a large number of celebrity supporters, many of which used their star-status to increase the organization’s profile last year. Among the many efforts during the year, Dean Cain, Tatyana Ali and Erik Estrada appeared on The 38th Annual Daytime Emmy Awards to help raise awareness for Smile Train by highlighting a recent trip they took to Mexico with the charity. Additionally, Erik Estrada continued his mission to support Smile Train by choosing to dance for the charity on the Univision hit show Mira Quien Baila! raising over $10,000. Lastly, comedian Jimmy Pardo continued the giving trend with his Third Annual PARDCAST-A-THON.

The milestone in China, marked by three reconstructive surgeries performed simultaneously by three local surgeons in three operating rooms in General Coal Hospital in Beijing, China, reflects the impact of the Smile Train model and how small donations can make large changes in children’s lives. Seven celebrities from different professional fields were also on hand to help celebrate this surgery milestone, including Kun JIANG, Zhao Ming and Zhou Zhibo.

Charles B. Wang, Co-Founder & Chairman, commented on the charity’s milestone accomplishment: “Our collaborations with locally-based surgeons and partner hospitals around the world enable us to help so many children in need. We are proud to have achieved this record-breaking number of surgeries in China as we strive to reach a goal of 750,000 surgeries performed throughout the world by June 2012.”

Smile Train closely collaborates with the Ministry of Health of the People’s Republic of China [MOH], the China Charity Federation [CCF], the Chinese Stomatological Association [CSA], and partners with 397 hospitals throughout the country.

Smile Train uses the latest technology to provide efficient surgeries to children around the world. The organization created the first virtual surgery software for cleft and produced an entire library of advanced 3-D animations used to train thousands of surgeons around the world.

“With a donation of $250 we are able to provide a child with a second chance at life and are thankful to have such dedicated people working to improve the lives of these children,” said Priscilla Ma, Smile Train Executive Director. “We also thank our generous donors for making this possible.”