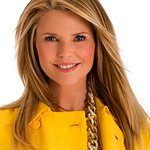 Christie Brinkley has been a familiar face in American popular culture for over thirty years. Discovered by a photographer in Paris at the age of eighteen, Brinkley has since graced over 500 magazine covers worldwide and secured contracts to be a part of a number of advertising campaigns for companies including Cover Girl, Chanel, Mastercard, Diet Coke, Healthy Choice and over a dozen others. Though modeling threw her into the spotlight, Brinkley’s other talents and civic involvement which has certainly become a substantial part of her legacy.

Christie also participated in USO tours of Bosnia, Kosovo, Macedonia and Italy to entertain peacekeeping forces and visit refugee camps. Most recently, Christie spoke at a panel hosted by the Parliamentary Network for Nuclear Disarmament and the Global Security Institute at the United Nations regarding the need to abolish nuclear weapons and is on the Board of Directors of the Global Security Institute.

Christie Brinkley has featured in PSAs for March Of Dimes, and was honored for her efforts for Make-A-Wish Foundation. She has also appeared on behalf of SANE, now part of Peace Action.

Brinkley played in a charity softball match which raised $75,000 for a hospice for the terminally ill, a day care center and a drug and alcohol treatment program.

Christie Brinkley has supported the following charities listed on this site:

Google trends for "Christie Brinkley"
Available to Insiders only
Get Insider Access to these insights & more...

You can contact Christie Brinkley using details from this service. (Or read our advice on how to contact celebrities) 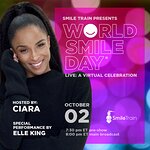 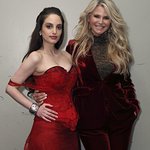 We don't have any videos related to Christie Brinkley.