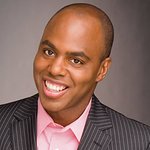 Stars such as Vivica A. Fox, Eve, Alicia Machado, Hilary Rhoda, Madison Beer, Shenae Grimes, Keltie Knight and Kristian Alfonso will strut the runway in gorgeous blue evening gowns to be auctioned off, while children on the autism spectrum will model the latest fashions from GUESS Kids.

Also highlighting the evening will be an exclusive performance from ZUMANITY by Cirque du Soleil with costumes designed by Thierry Mugler.