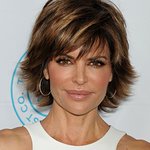 This Parisian-themed evening of high fashion and one-of-a-kind costumes will take place Thursday, September 29, 2016 at Warner Bros. Studios in Burbank. Grossman and Topping will be honored for their exemplary leadership, longstanding support, and generous commitment to Autism Speaks.

Steven Grossman is a talent manager and producer at Untitled Entertainment, widely recognized as one of the most prestigious management companies in Hollywood. As an Executive Producer, Steven has been involved in numerous television series on networks ranging from the CW to VH1. After his oldest son was diagnosed on the autism spectrum in 2013, he started focusing his efforts on autism awareness. Prior to his involvement with Autism Speaks, Steven served on advisory committees for the Make-A-Wish Foundation and City of Hope.

Harry Topping, Jr. is Senior Vice President and Manager of City National Bank. Harry is responsible for all aspects of City National’s owned and leased real estate, including strategic occupancy planning, site acquisition, design, construction, and management. In 2010, Harry’s son Liam was diagnosed on the autism spectrum. With a desire to support his son and the entire autism community, Harry and his family started the Topping Brothers Invitational, a family-run charity golf tournament, benefitting Autism Speaks. This fall, all three brothers, Trey, Miles, and Liam will be hosting the 6th annual event, which has already raised nearly $125,000 for Autism Speaks.

To view complete bios of the honorees, visit autismspeaks.org/lafashiongala.

La Vie En BLUE Fashion Gala will feature top designers in a show produced and directed by Metropolitan Fashion Week, one of the fastest growing fashion weeks in the United States (September 22 – October 1). Guests will have the opportunity to bid on exclusive, haute-couture blue gowns in a special live auction to benefit the organization’s Southern California chapter. Also highlighting the evening will be an exclusive performance from ZUMANITY by Cirque du Soleil.

This inaugural gala serves as a major fundraising opportunity for Autism Speaks. Funds raised will fuel innovative research into the causes and treatments of autism, provide families with connections to critical lifelong supports and services, and continue Autism Speaks’ work in advocating for the needs of individuals with autism and their families. La Vie En BLUE is generously sponsored by the Guess Foundation and City National Bank. 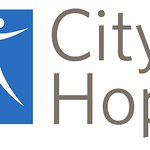