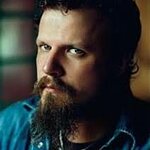 With more than 29,000 tickets sold, Farm Aid 2012 is officially sold out. Fans at home can watch a special presentation of the concert event from Hersheypark Stadium on Saturday, Sept. 22, from 8 to 11 p.m. EDT at www.farmaid.org.

“We are grateful for the overwhelming enthusiasm that Pennsylvania has shown for Farm Aid 2012,” said Jennifer Fahy, spokesperson for Farm Aid. "We hope that people across the country will tune in to farmaid.org to watch the “Farm Aid 2012: A Backstage Pass,” webcast. While we wish all our fans could join us at Hersheypark, we’re glad that those at home have a chance to be part of this music, food and farming event."

In addition to performances on stage, viewers of “Farm Aid 2012: A Backstage Pass” will get a behind-the-scenes glimpse of Farm Aid 2012, featuring interviews with artists, farmers and fans; demonstrations from the HOMEGROWN Village where concertgoers engage in interactive exhibits about farming and food; a look at Farm Aid’s
signature HOMEGROWN Concessions, which brings family farm food to concertgoers; and a peek into the production side of things showcasing what it takes to produce this major music, food and farming festival.

Farm Aid also announced that Willie Nelson will be joined onstage by special guests the Blackwood Quartet & the Bee Creek Gospel Singers. Brent James and the Contraband will entertain the crowd in the HOMEGROWN Village.

For updates about Farm Aid 2012, visit www.farmaid.org and join the conversation at www.facebook.com/farmaid and www.twitter.com/farmaid.