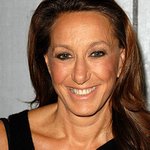 Tibet House US is proud to announce its 10th Annual Benefit Auction, to be held on December 18, 2012, at 6:30p.m. EST at Christie’s Auction House (20 Rockefeller Plaza) in New York City.

Tickets are on sale now and can be purchased by calling 845-658-4150. This year’s event, which has grown to be a staple on New York City’s social and philanthropic calendar over the past decade, will once again feature luxury goods, exciting trips, rare items, once-in-a-lifetime experiences, stunning art and more.

Additionally, today brings the launch of the online auction, which sees Tibet House US partnering with leading charity auction site CharityBuzz.com for the fourth consecutive year. Together they will host the online auction from November 28th, 2012 – December 19th, 2012, offering a selection of top items from the auction to bidders around the globe. Click here to view the items and bid!

This year a portion of the proceeds will be given to The Tibetan Community of New York and New Jersey, specifically in support of their new community center in Queens, New York. Their programs teach children ages 5-19 Tibetan language, song, dance, painting and Buddhist philosophy in order to help maintain their cultural heritage. Proceeds will also benefit the Tibetan Children’s Village, an integrated educational community for Tibetan children in exile and those escaping from Tibet every year.

Tibet House US, established in 1987 at the request of His Holiness the Dalai Lama, is a non-profit educational institution and cultural embassy working to promote and preserve Tibet’s unique cultural and spiritual heritage by means of a permanent cultural center, with a 2,000-square-foot gallery, library, archives, developing traveling exhibitions, print publications and media productions. Tibet House US serves to expose and share the civilization’s profound wisdom, beauty, and spiritual philosophy through innovative educational and cultural programs and events for the general public, providing inspiration for others to join the effort to protect and continue these treasured arts, sciences, and ways of living.

Rare Items & Opportunities:
A once-in-a-lifetime internship experience at the Donna Karan Company; an internship at the legendary Rolling Stone magazine and Hollywood magazine US Weekly; a guitar signed by Sting; two VIP tickets to Bonnaroo Music & Arts Festival 2013; two tickets to a red carpet movie premiere at the 2013 Tribeca Film Festival; a behind-the-scenes visit for two to the Lou Dobbs Tonight show on the Fox Business Network; a limited edition Star Wars item donated by George Lucas; two audience tickets to The Late Show with David Letterman; a visit for two to the set of the TV show Boardwalk Empire; a walk-on role in a David O. Russell film with actors Amy Adams, Jeremy Renner and Bradley Cooper; a lunch at The Four Seasons in New York City with Robert and Uma Thurman; a behind-the-scenes NYC Fashion Week experience alongside supermodel Petra Nemcova who will bring you backstage and to the runway to see the hustle and bustle firsthand as designers Tommy Hilfiger, Diesel Black Gold and more prepare for Fashion Week shows.

Adventures & Exotic Trips:
A signature journey to Asia for two organized by Geographic Expeditions; a fabulous trip to a few of Bali’s exotic resorts including the newly opened Regent Hotel in Sanur; an exotic journey to the Royal Malewane and the Singita Hotel and Game Park in South Africa; a stay at the award-winning resort Soneva Kiri in Thailand; a week at the luxurious Parrot Cay in Turks and Caicos; a relaxing retreat for two at Creacon Lodge in Ireland; a reunion with family or friends in your private villa in Acapulco villa Casa Dos Marias; a weekend for two at The Soho House in NYC; and an adventurous trek in Nepal for two.

Food & Dining:
A behind-the-scenes experience with world-renowned chef Eric Ripert on his television show On the Table followed by dinner for two at Le Bernardin; a special menu dinner for two at Bouley in NYC with chef wine selection by David Bouley.

Tibet and Beyond:
Antique and ceremonial objects, Tibetan rugs, clothing, sculptures, and more.