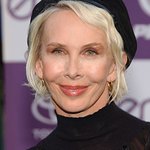 Trudie Styler, married to Sting, is an advocate of organic foods.

Trudie Styler, film producer, environmentalist, humanitarian and actor, is a long-standing supporter of UNICEF. She was appointed Ambassador in July 2004, and in November 2005, Trudie received the highest accolade bestowed on a UNICEF Ambassador – the Danny Kaye Humanitarian Award – for her commitment to UNICEF.

Through fundraising events Trudie has helped to raise millions for UNICEF’s work. Following a UNICEF trip to Ecuador in 2009 Trudie has been committed to supporting water projects with UNICEF and the Rainforest Fund to deliver clean water to communities living in the highly polluted areas of the Ecuador rainforest.

On 20 October 2011 Trudie Styler and Sting were presented with the Children’s Champion Award in Boston. This award was presented to them by UNICEF to honour the exceptional commitment they have shown to improving children’s lives across the world.

The Rainforest Foundation was founded in 1989 by Sting and Trudie Styler, after they saw first-hand the impact the destruction of the Amazon rainforests had on the Kayapo Indians’ way of life. This sparked the Foundation’s first campaign which, in 1993, resulted in the protection of 27,359 km² of indigenous peoples’ land. The Foundation has expanded and diversified since, and has worked in more than 20 countries to date towards the mission of “supporting indigenous peoples and traditional populations of the world’s rainforest to protect their rainforest homes and fulfill their rights to land, life and livelihood”.

Trudie Styler has supported the following charities listed on this site:

Google trends for "Trudie Styler"
Available to Insiders only
Get Insider Access to these insights & more...

You can contact Trudie Styler using details from this service. (Or read our advice on how to contact celebrities)